How else would we rather spend our morning other than to get the kids’ vaccines!? Turner only got the flu shot and Gracie did 2 out of 4 (we do a veeeerry delayed vaccine schedule), but it was still a morning of tears and snuggles! Turner limped around the house all morning saying, “Turner hurts so bad”, which was actually quite hilarious to watch! Gracie just slept a lot. We tried to get him to play outside and run around, but he wasn’t havin’ it. Normally we can’t get him to come inside without kicking and screaming! He preferred to sit on the couch with an ice pack and the Ipad. Who is this kid!?

We did manage to fit in some fun things to help keep him occupied, though! We made some cranberry muffins while Gracie napped and had a hot chocolate date, which he loved!

After naps, we loaded up the troops to pick out our Christmas tree! Last year we made the mistake of waiting until the weekend after Thanksgiving (which is apparently a rule or something?!). NEVER. AGAIN. All of the good trees were gone, and it was an absolute madhouse! I don’t do well with holiday crowds, So, don’t judge, but our tree is up in the living room before Thanksgiving! 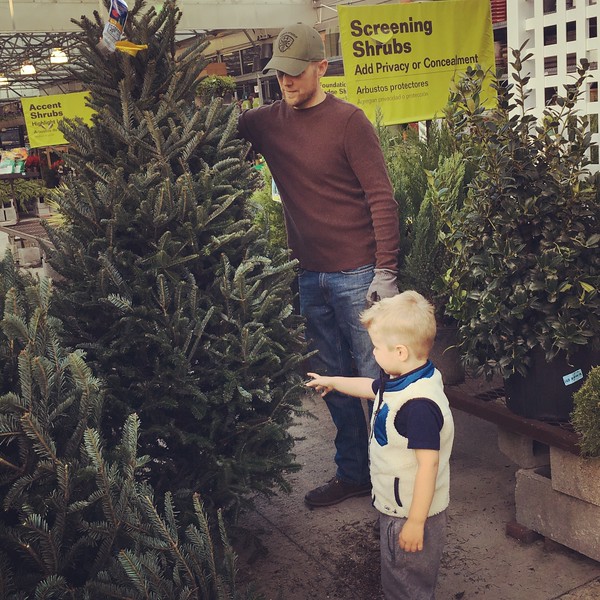 Turner was so excited looking at all the trees. It’s quite possible that he’s as obsessed with the holidays as I am! Tomorrow morning we’ll decorate the tree before heading to Gigi’s house for a Thanksgiving feast! I’m giddy with excitement! Happy Thanksgiving Eve!