So it might not be summer yet, but we went from freezing temps to 80 degrees and sunny in a matter of days! It’s the weather we’ve been waiting for. The pollen has died down and we can enjoy being outside! The windows are open and we are soaking up the sun as much as possible (before it gets too hot)!

The kids couldn’t be more excited. Turner always has a habit of stripping down to his undies first thing in the morning, and Gracie, trying to copy all things Bubba does, follows suit. It’s going to be a summer of chunky thigh heaven! 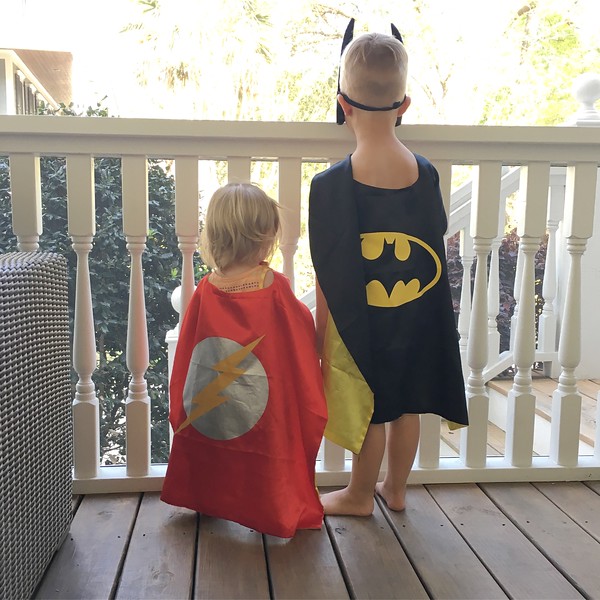 Turner is in school three days a week, so that’s usually my time with just Gracie. I love it because I feel like I had nothing but time with Turner, and Gracie is such a second child. The other day, I set up a tent in the driveway and the two of us hung out outside eating lunch and playing. It was glorious! 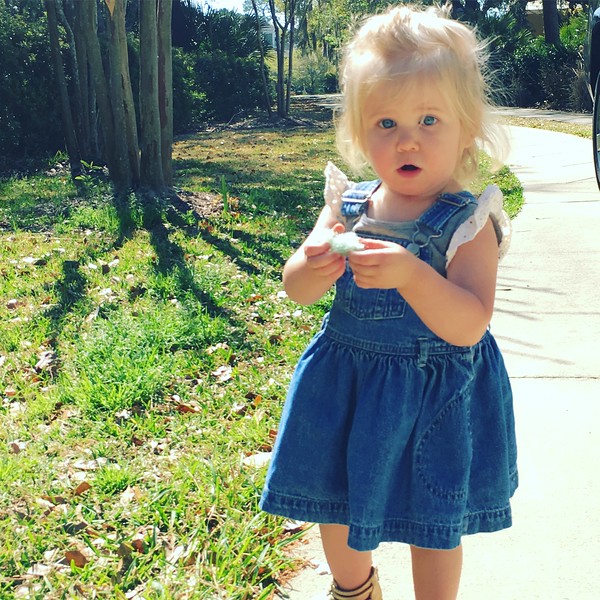 And of course as soon as Turner gets home, he wants to be outside too! We did some gardening the other day which was so fun. He loves to help and Gracie just does everything he does so it’s easy to keep tabs on them both. 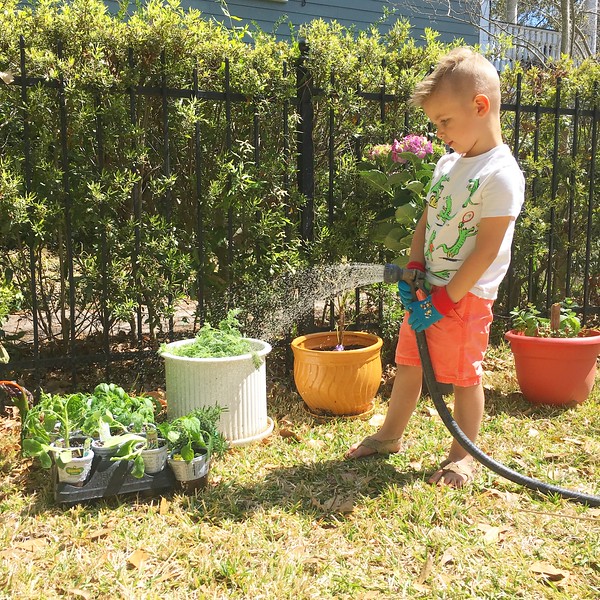 They are both at such fun ages! I love our days together and am psyched for all of the warm weather fun to be had!

We have been blessed with babies that have been great sleepers and nappers. We started sleep training at an early age with both of our kids (Turner’s sleep training post HERE and Gracie’s HERE) which is never easy but has helped us tremendously and was well worth the effort! As a mom working from home, I needed my kids to be on a schedule so I could plan my “office hours”.

Now that Turner is 4 he’s transitioned to “quiet time”. That happened sort of on its own. He would still go to his room for his nap and I’d hear him jumping around and not actually napping, which told me his body didn’t necessarily need a nap. But this momma still needed time alone! So I had the conversation with him that he didn’t have to nap, but he had to play quietly in his room. If he didn’t he would get a spanking. I made very clear rules for this so called “quiet time”. And no I’m not crafty and didn’t make any fancy box o’ fun because ain’t nobody got time for that. I told him that this was Mommy’s quiet time and he needed to respect that (which surprisingly worked??). He would choose a few toys to play with, but he had to stay in his room until I came to get him. Occasionally he will pass out on his floor but I don’t love that because then he doesn’t fall asleep until 9 at night. Instead, I’d rather him stay awake during the day (in his separate space) so he falls asleep when we put him to bed around 7:30. By the way, he’s a total first born. He’s eager to please and doesn’t like getting in trouble. I expect a completely different outcome with Gracie!

Which brings me to Miss Thang’s naps! She has been taking two naps for a while. I tried to transition her to the one afternoon nap, but she was so exhausted that I had to cave and keep her at two. Recently I’d put her in her crib for her morning nap and she wouldn’t fall asleep. She was chatting away with all of her stuffed animal friends. That happened several days in a row. So here’s how I handled that! I knew she was still sleepy, but I wanted to work towards one nap for her. Usually, we go to the gym first thing in the morning before dropping Turner off at school at 9. She would doze off in the car for a few minutes at one point or another during that commute. That would buy me enough time to get her to the afternoon without completely falling apart. So I would pick Turner up at 1 and get them home and down for naps around 1:30. The fear, of course, is that she falls asleep on the WAY to pick up Turner which would completely throw a wrench into my perfect plan. That actually happens a lot. So, in that case, I put them down for their naps around 2. On days that we don’t go anywhere in the morning, I put her and Turner in their rooms around 12:30 for his quiet time and her nap. Now, mind you, we’re still in the transition phase from two naps to one nap for her. Eventually we will get to where she naps at the same time each afternoon. But it’s like exercise, you have to warm up and stretch first!

So here’s a typical school day for us now that we’ve transitioned to the one nap:

7:00 am — breakfast (I have school lunch prepped the night before. More on that later)

6:30 — play time before bed (sometimes a bath. I’m not gonna lie. We don’t bathe our kids nightly anymore. Judge if you will)

I love a good schedule. It fills my need to control things. Of course, it’s not perfect and there are hiccups all the time! But for the most part, our days have a nice flow to them!

Life has been super busy lately. I’ve been working a ton with little time for social media and blogging. It’s been a refreshing break actually! We are very much in our routine of school, snuggles, and anxiously awaiting the warmer weather!

After Valentine’s Day, we made the spontaneous decision to drive to NJ to visit our family! It was a slow time at work and, after our last trip proved to be a success, we vowed to do it more often than every two years!

My OCD and excessive planning help these things go smoothly! We split the 12 hour drive into two days on either side of the trip. It’s the best way to do it! Right when we start getting stir crazy, it’s time to stop at our hotel! We only hit a few trafficy spots, and may or may not have peed in a cup, BUT all in all the drive went smoothly!

It was a great week with my dad, cousins, and Stew’s parents. My dad is seriously one of my favorite people ever. We don’t get to see him nearly enough! And whenever we’re together it’s such a blast we never want it to end! Turner felt right at home and started losing articles of clothes by the minute, despite the fact that it was 19 degrees outside.

We went to my aunt and uncle’s house two nights for dinner. It’s one of our favorite things to do. I have two cousins and they’re both married with a total of 7 kids between the two of them. Add Turner and Gracie to the mix and it’s a downright nutty and hilarious extravaganza. It’s loud and the food is amazing always!

Not to mention Gracie and her sister from another mister! They are nearly identical!! And their outfits always match. We don’t even plan it :o)

It’s nice to get back to real life, but it makes me wish we didn’t live 12 hours away! Every time we get home, we love getting unpacked and settled, but we immediately start talking about the next time we’ll make the long journey!