Thanksgiving is, hands down, my favorite holiday! I love getting together with our family, eating good food, and being reminded of how blessed we all are! It also means that Christmas is around the corner, and it’s officially ok to decorate and listen to Christmas music (though I usually start that in October)!

One of the things that I was most excited about when moving into our new home was decorating for the holidays. So here is a sneak peak of some of our Christmas decor. 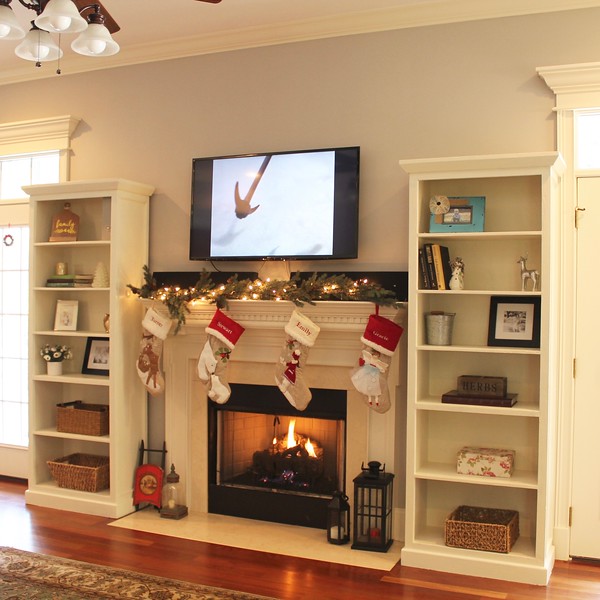 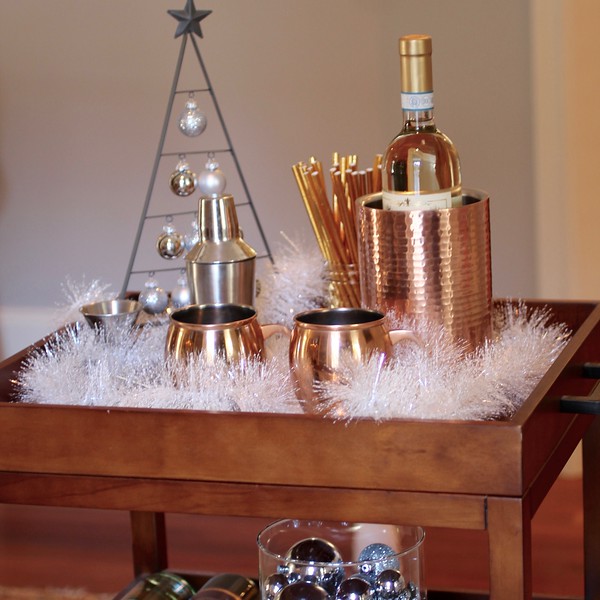 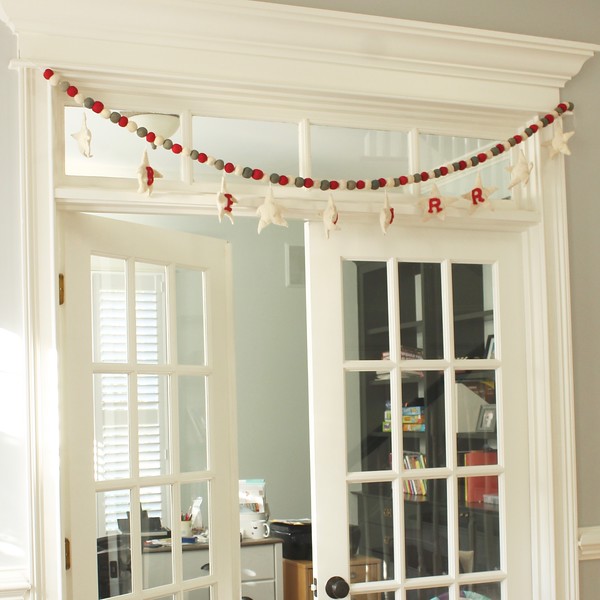 The kids seem just as excited as I am about the holidays. Turner has been steady watching Rudolph the Red-Nosed Reindeer

for a week now (hence the red nose in the pic below). Today we will go get our Christmas tree and decorate while we rock out to some Christmas tunes. I can hardly wait!

But for now, I’ll leave you with some sugar from these cuties xoxo.

Rarely do I have a day that goes smoothly, with no melt-downs, and where I can actually relax during nap time. But I recently had one of those days where all the stars aligned.

Gracie had her morning nap a little later than usual. So, I snuck in to get her so we could go to the grocery store and got a close up shot of this…

Then, on the way to Whole Foods, I noticed that Turner was awfully quiet. I turned around to find him sound asleep in the backseat, peanut butter and jelly in hand…

As we were walking into the store, a fellow mom and her kids walked out with the mac-daddy of shopping carts! She said they were finished and we could have it! Whole Foods for the win!

We got home, unloaded, ate lunch, and got ready for the kids’ afternoon naps. They were in their rooms when I thought I heard Turner. I cracked his door to tell him to go to sleep, and I saw him lying in his bed, singing, and reading his Bible. My heart absolutely melted. He didn’t know I was there, so I snapped a quick photo!

That was right around the time I made myself an eggnog latte (equal parts eggnog & milk mixed with my coffee) and soaked up some quiet time!

I’m glad I took pictures so I can forever remember these sweet moments! I am beyond thankful for my sweet hubby and babies that God has blessed me with!

Wishing you the happiest Thanksgiving!

In the past, I’ve had extravagant birthday parties for Turner! There was always a theme, decorations, balloons, food to go along with the theme, fancy food labels, paper invitations special ordered from Etsy, etc. This year, I was so busy that his birthday really crept up on me! I toyed with the idea of coming up with a theme, but I really was out of time! Stew and I were drinking coffee and trying to brainstorm what we could do with less than two weeks to plan. We thought of just ordering a jump castle and gambling with the weather! So, he pulled up a local company on his phone and placed the order. DONE! Easiest party plan ever!

Turner’s big party was Saturday. It turned out to be the most beautiful day! I set up a table outside with some sandwiches, veggies and dip, popcorn and pretzels, and cupcakes. The parents hung out and chatted while the kids when buck wild! It was like having a built-in babysitter!

The only time they all came out was for cupcakes, of course!

I took that opportunity to steal a hug from my big 4 year old, who was clearly not interested and too busy to stop apparently…

We even managed to get a post-party, super sweaty, family photo!

So, we pulled it off with minimal effort, and very little time to plan! I kinda like that way of living! Happy 4th to our sweet boy!

Our sweet baby is 4! I can’t believe it. Time truly flies. Turner has a heart of gold. He is the sweetest, most loving boy in the world! Of course, he has his moments, like all toddlers. But they are balanced with such tender moments.  My memories are so vivid if him as a baby. I love to reminisce! Here’s a look back on the past 4 years.

I’ve loved this journey as a mom, and I’m so thankful that God has blessed us with Turner as our first baby! Looking back at these photos has been wonderful! Happy birthday to our sweet Turner! You are the best son to us and big brother to Gracie! We love you with all our hearts!

The reaction in our country to this election is absolutely heartbreaking. I’ve thought long and hard about whether or not to write a post about it. I’m not about to share my political thoughts, because no one needs to know and I don’t believe in shoving my opinion down peoples’ throats. But what I DO feel called to do is remind everyone that we’re all on the same team here. It’s not me against you. Speaking down and placing blame is the exact hateful behavior that we’re condemning. So, in this moment, I want to love everyone. I want to have open conversations with people who have opposing viewpoints (and I’ve had some incredible ones in the past few days). I want to do nice things for people because it makes me feel good inside. So, whatever you believe in, we can all agree that we need more love in this world! So, go out there and do something nice for someone. Love someone who has a different view than you! I promise you’ll feel better inside. And isn’t THAT what we want to teach our kids? That love wins??

As you may or may not know, Stew and I own a vacation rental business. To make a long story short, in order to function, we need to have a “Broker In Charge”. Ours moved to CA and didn’t want to continue as our broker. So I had to go to a 2 week class to get my broker in charge license so our sweet little biz could keep running! While in my class, I learned a few things…

What a blur! This week has been so busy with my super fun broker class that I’ve had to sit through (more on that later). I’m finally parked at my computer catching up on life. I’m definitely overdue for posting about Halloween. But, better late than never! 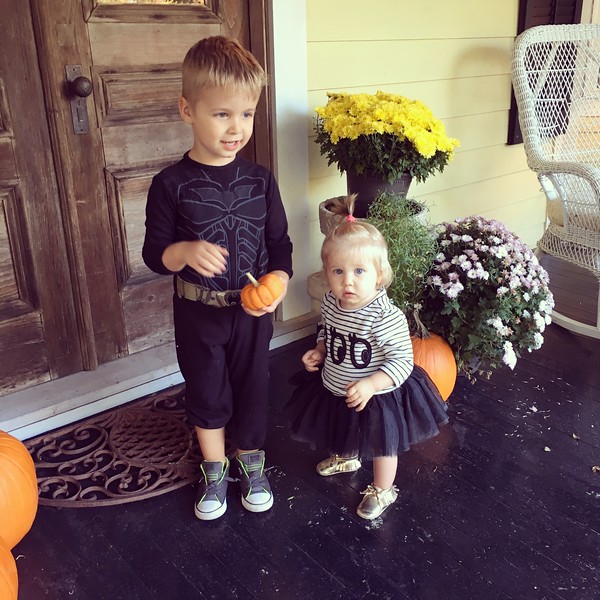 This was, by far, the best Halloween yet (I know I say that every year). Gracie was old enough to dress up (dream come true), and Turner was so excited about trick-or-treating! Every year we have the same tradition. We throw on a pot of chili, invite my mom, stepdad, and a few friends, and make a night of it!

Our neighborhood sent out an email that we would have a parade on Saturday starting at 4 with a firetruck and all! The parade would go to the neighborhood pavilion where there would be snacks and pizza. So I told everyone to be at our house by 3:30 so we would be ready. We got dressed up after nap time anxiously awaiting the blaring sirens! Stew dressed in his usual “Dr Watson” outfit. I was a Greek goddess (realistically it was all I could throw together in my last minute decision to dress up), Gracie was a ballerina, and Turner was supposed to be Lightning McQueen but found his Batman costume from 2 years ago (that was way to small) and insisted on wearing that. 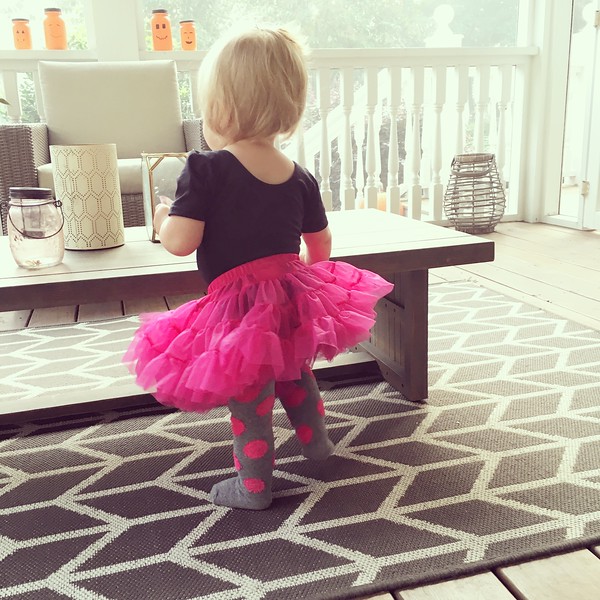 Turns out the firetruck had a real emergency they had to tend to, so we waited for about 45 minutes until we decided to give up and walk to the pavilion. Luckily, one of our neighbors had a jump castle set up in their front yard. That kept the kiddos from being too devastated.

We got to the pavilion to find a million kids running amok, pizza completely gone, and more mosquitoes than I could handle. Needless to say, that didn’t last too long. We made some small talk for a bit and headed back to the house. We decompressed, ate some chili, put Gracie to bed, and geared up for round two! My mom and stepdad hung back to give out candy while we took the kids trick-or-treating. We only hit a few houses, which was fine by me and fun enough for the kids! They thought it was the best thing since sliced bread! The best part is, I’ve been using Turner’s candy as leverage for good behavior. No time-outs, you get a piece of candy! I know, I’m the meanest mom ever. But it works!