This was THE BEST Christmas ever! I know I say that every year, but this really was! Turner is 5 and Gracie is 2 and boy were they excited! We did the whole “elf on the shelf” thing, which we swore we’d never do, but it was really fun! I’m not quite sure if Turner thought he was real or if he was just entertained by the fact that he showed up in a different spot each day.

I spent Christmas Eve at church, singing, from 7am to about 7pm. We had 5 services! It was a long day, but it was also a great reminder about what Christmas actually represents! The kids stayed up a little later so we could have plenty of snuggle time before bed. I had all intentions of prepping cinnamon buns for the morning, but I was so exhausted. Luckily I woke up at 5 am, before anyone else, so I was still able to make them! Turner woke up at 6, but we had to wait for Gracie, so we spent time reading the Christmas story!

The SECOND he heard Gracie rustle, he shot into her room and told her Santa came and we had to go downstairs and open presents. She didn’t quite get it, but she was excited because HE was so excited!

I feel like we collected so many toys over the years. Half of them were broken, unused, or missing pieces. So we had the kids make garbage and donate piles a few days before Christmas so we could make room for their new toys! Turner is really into drawing and painting. So we got him an easel from Target that was PERFECT! We got Gracie some girly toys, because all she plays with is trucks! And we found some board-games that they can actually play without much guidance! So after opening, we spent the entire morning playing and eating cinnamon buns in our pjs! 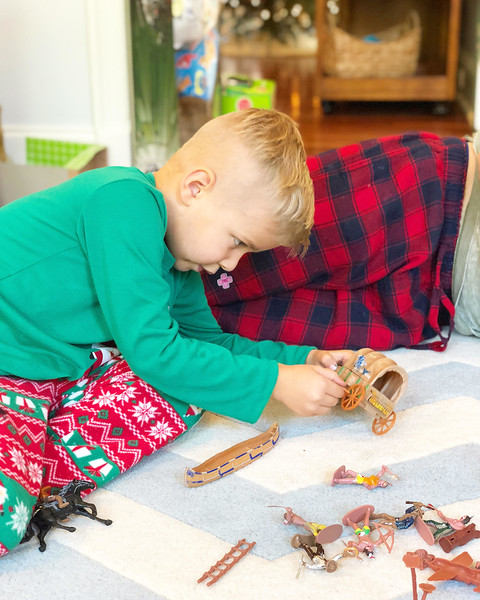 Then it was a quick nap and off to Gigi’s for supper! They looked so cute all dolled up! 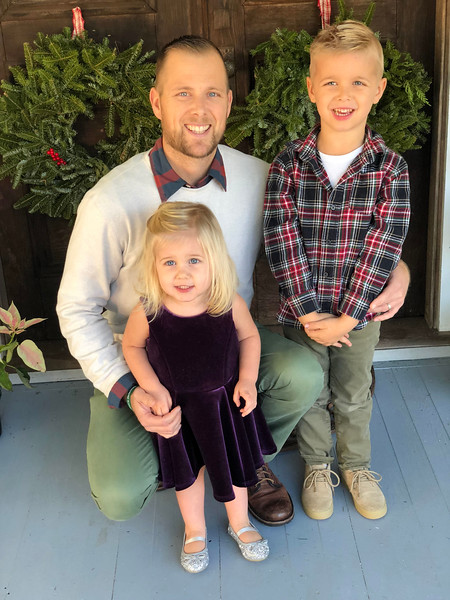 Gracie’s faces are too much. Every time we tell her to smile, she does something like this:

It’s been quiet here the past few days. It’s so cold so we’ve been spending a lot of time inside relaxing! Last night we stayed in and passed out well before midnight! I even dozed off in Turner’s bed when I tucked him in!

This morning, Gracie and I baked and prepped some food for back to school!

It’s crazy that we’ll be right back in the swing of things in two days! School, work, rinse, repeat. My word for 2018 is “quiet“. I want to be intentional about carving out time to sit still rather than constantly being caught up in the busyness of life. I thrive in a fast-paced, to-do-list-filled atmosphere, but I have the potential to miss so much! 2017 was a great year, but I’m excited to see what this new year has in store! Happy 2018!