I LOVE overnight oats. They’re healthy. They’re easy. They’re delicious! The whole mini mason jar is a cute idea, but to me that adds to the clean up. So, I made a bulk recipe that will feed Turner, myself and Stew in a glass Tupperware container. Mix it, put a lid on it, and BOOM! Breakfast is served. 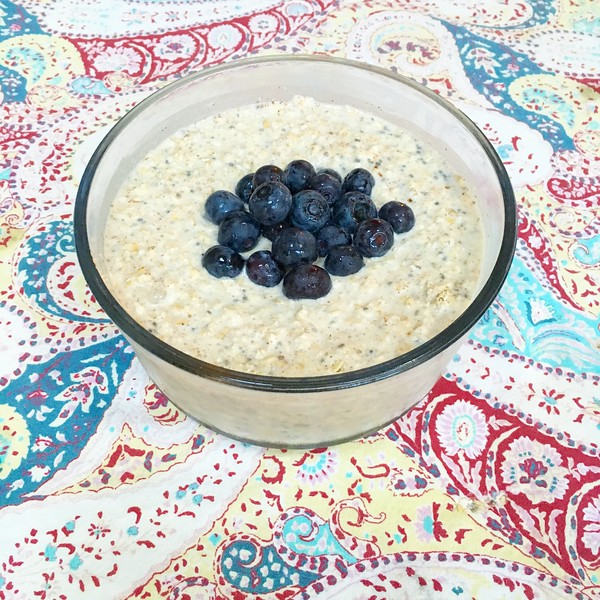 Serve it up in the morning with your favorite toppings, and you’re set! 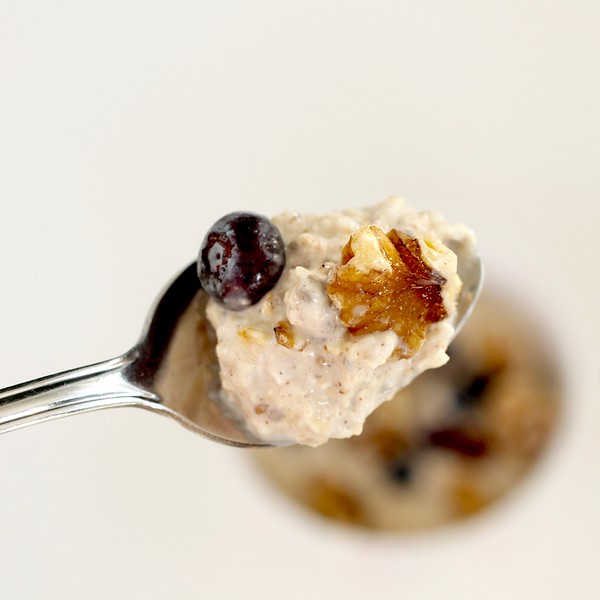 I’m still getting the hang of this whole “girl” thing. Turner is such a boy. He finds the dirtiest spot in the yard and parks it, excavator in hand. He loves nothing more than to be outside, in the sun, sweating, and running around like a crazy person!

I’m sure Gracie will be the same when she’s a toddler, but at the moment she is the quietest, sweetest little thing ever! The warm weather has really excited me about dressing her. I have the most amazing dresses and rompers for her! Every day is like a new adventure. I’ve started to really get into headbands and bows for her too! I had to play around with what works. I don’t like anything that will pull her hair, and some headbands are too rigid for her little head.

Enter, My Little Bug Boutique! This is my friend’s Etsy shop. She has the cutest bows and headbands! I find that they are the perfect balance of girly but not too girly, if you know what I mean! She has bows in different sizes, which is great because Gracie has a tiny head. The bow clips don’t slip and the headbands are made with nylon elastic bands that grow with Baby! Here are a few of my favorites!

She has a bunch more to choose from in her shop. If you’re interested in some of these festive cuties, shop HERE. Be sure to use offer code GRACIE when you check out for free shipping until the end of the month! Perfect little Easter gifts too! Follow her on Instagram HERE. Happy Monday, friends!

It finally feels like spring here! It’s been sunny and in the 70s everyday. We can finally spend some time outside enjoying the fresh air after being trapped indoors with every cold known to man the past few weeks!

It’s hard to believe that Gracie is almost 6 months! I’m finding that my parenting is a bit different between Turner and Gracie. I feel like I was keeping close track of every milestone with him. Gracie seems to just do her thing and go with the flow. Suddenly I’ll realize something new that she’s doing, like rolling over, or sitting up. But I’m not waiting for it as much as I was with Turner.

Starting solids was a HUGE event for Turner (HERE is more on Turner’s solid food experience). I felt like it needed to be some big culinary event. For Gracie, it’s more like, wow she’s almost 6 months! Time to start solids I guess? Although in my mind it means more prep, more laundry, messier diapers, etc. So I’m not in as big of a rush I guess? Plus she’s not as hungry as Turner was, so I feel less pressure to start solids.

Since Gracie is a lot smaller than Turner was, I decided to start her on rice cereal

. I skipped that step with Turner because he didn’t really need it. I bought a box at Whole Foods and tried it with her last week. She was NOT having it. I didn’t feel like she was missing much, so I moved on to real food instead.

So it looks like I just need to keep trying! I’ll do the butternut squash for a week and then move on to another food. It’s amazing how different siblings can be! But, one thing’s for sure, they are obsessed with each other! Happy spring!

We have had quite a week in the Watson house. As many of you know, Stewart had cancer just over 2 years ago (more on that time in our lives HERE). He had a routine blood test last Thursday which showed extremely elevated levels of LDH (which basically shows evidence of tissue damage according to google). It caused enough concern for our doctor to send him for a CT scan to see if the cancer had returned. Of course we couldn’t get an appointment until Monday (yesterday). So it was a long agonizing weekend. We shed some tears, stayed extremely busy, prayed like nobody’s business, and waited.

In the meantime, Turner was having terrible ear pain which started around the same time last week. We took him to the doctor 3 days in a row. They kept saying he was fine and to just give him Tylenol or Motrin. After several nights of endless crying, we took him in for a third opinion this past Sunday. That’s when the doctor said his eardrum was ruptured. He’s now on ear drops, another antibiotic to prevent infection, and Tylenol/Motrin around the clock. Poor guy! He’s finally seeing some relief.

If that’s not enough excitement, Gracie started waking up in the middle of the night right around the same time! So we’ve been exhausted, emotionally and physically. We just kept saying how we needed a break!

Yesterday, at 4:30, we got our break. We received the call from Stewart’s doctor. He is still free of cancer!!! HOORAAAAAYYYY. We jumped up and down in the front yard while Turner looked at us like crazy people!

Now, I write this not to bring you down on this beautiful Tuesday morning, but to give us all a little perspective! Yes, the babies may be waking up every hour screaming for us. Yes, we may be exhausted. Yes it may hit us that we can’t remember the last time we showered (not me of course). But thank God for these babies that make us smile. And thank God that we have this moment in time where we can influence and create little humans that will grow up and inspire others! And thank God that we have people in our lives who love us deeply and that we love just the same! The sky is a little bluer today through my overly caffeinated sleepy eyes!